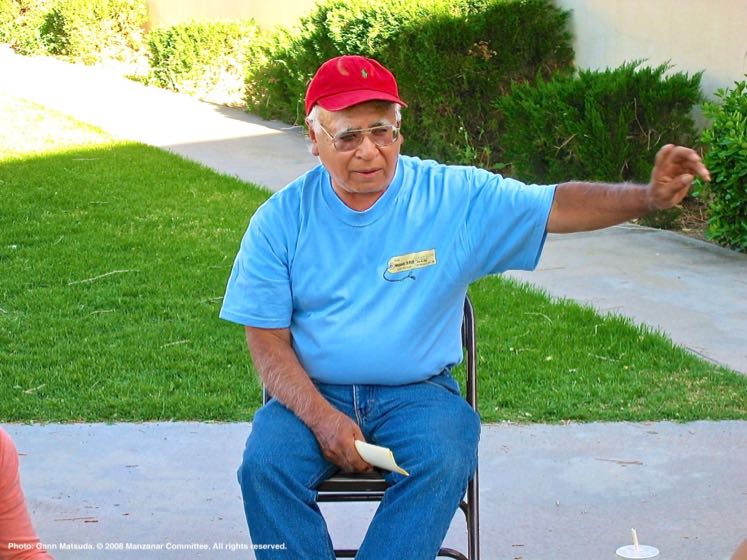 LOS ANGELES — The Manzanar Committee extends its deepest sympathies to the family of Bob Uyeyama, 75, of Elk Grove, California, who passed away on April 24, 2010, while attending the Florin Japanese American Citizens League’s (JACL) trip to the 41st Annual Manzanar Pilgrimage.

Uyeyama, who was imprisoned at the Rohwer and Jerome concentration camps in Arkansas during World War II, was helping guide a walking tour prior to the start of the Pilgrimage. He was sharing his recollections of his time in camp at Block 14, located near the Interpretive Center at the Manzanar National Historic Site, when he suffered a heart attack and collapsed.

A doctor and a nurse who were in the tour group immediately moved to provide aid to Uyeyama. National Park Service emergency medical staff, the Inyo County Sheriff’s Department, California Highway Patrol and the Independence Fire Department also responded.

Uyeyama was transported to Southern Inyo Hospital in Lone Pine where efforts to resuscitate him continued, but were unsuccessful.

Uyeyama was an active member of the Florin JACL chapter and was part of the organizing committee for their annual trip to the Manzanar Pilgrimage. He often spoke to students about his experiences in camp as a docent for the California Museum of History.

“We are deeply saddened by the loss of Mr. Uyeyama and, on behalf of the Manzanar Committee, I want to offer our condolences to his family, friends and to the members of the Florin JACL,” said Bruce Embrey, Co-Chair of the Manzanar Committee. “This is a tremendous loss, both for those who knew him and for our community. Mr. Uyeyama was a man who was driven to share his life experiences with the next generation, to educate, enrich and engage, to teach with a purpose.”

“He was telling his story, sharing his experiences of what it was like behind the barbed wire when he was stricken,” added Embrey. “For those of us who were involved in the struggle for redress and reparations, this drives home the fact that time is marching on. It is absolutely critical that we capture the stories of the remaining former internees.”

“Their sacrifices were not in vain. Even after almost seventy years, they continue to have a tremendous impact on our community and the nation.”

Uyeyama always seemed to be in his element at the Manzanar At Dusk event, which follows the afternoon Pilgrimage program each year. Uyeyama captivated young people with his stories and he enthusiastically answered question after question posed to him by students.

“Mr. Uyeyama had a great desire to teach young people,” added Matsuda. “He clearly understood the importance of educating future generations about the camp experience. We will miss him dearly.”

Funeral services, originally scheduled for May 2, have been postponed and are pending.

The Rafu Shimpo also has a story on Uyeyama’s passing: His Story Was His Gift to the End.

Bob Uyeyama at Manzanar At Dusk

Seven photos by Gann Matsuda/Manzanar Committee. Click on any photo to view a larger image or to scroll through the gallery. 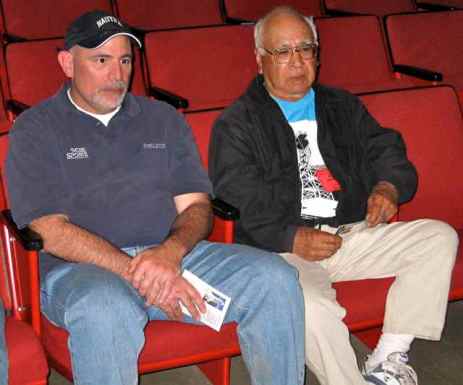 Bob Uyeyama (foreground right) telling his story during small group discussions during the 2007 Manzanar At Dusk program at the Manzanar National Historic Site.