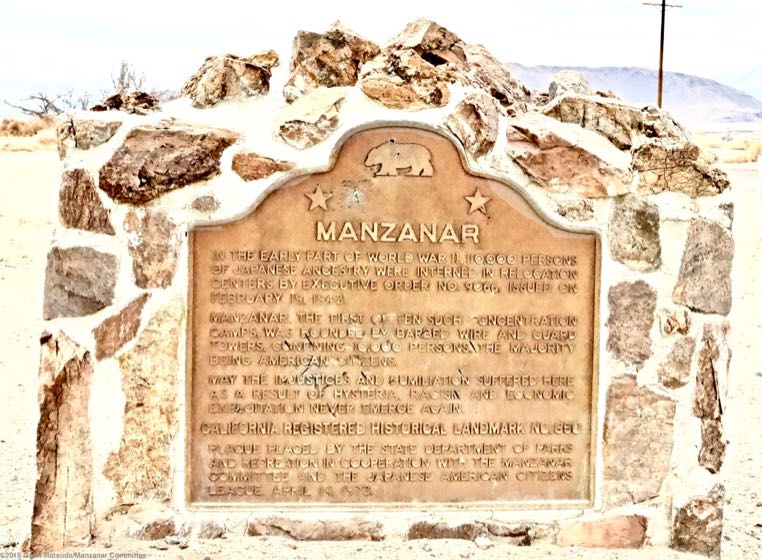 The paper, Concentration Camps, Not Relocation Centers, written by Sue Kunitomi Embrey, grew out of a panel discussion held at California State University, Fullerton, on March 25, 1976. It represents one of the earliest efforts of the Manzanar Committee to educate the broader public about the incarceration of 120,000 Americans of Japanese ancestry.

As its title succinctly states, it is an effort to clarify the nature of the War Relocation Authority camps where Americans of Japanese ancestry were unjustly imprisoned during World War II.

Despite being used in an official state plaque, despite being used by Presidents, the Attorney General of the United States, and numerous scholars, the use of concentration camp to describe these camps, rather than relocation centers, or other euphemistic terms, still generates considerable resistance, often times, from within the Nikkei community.

This debate rages on precisely because words matter. The terms one chooses to use to describe the incarceration and wholesale deprivation of the civil rights of the Nikkei community fundamentally impacts what political lessons one draws from this ugly chapter of American History.

Euphemistic language and misnomers distort history. By failing to capture accurately what occurred during World War II, the work to insure this never happens again will be all that much weaker.

We hope republishing this paper will contribute to a better understanding of what the Japanese Americans endured 68 years ago.

Bruce Embrey is co-chair of the Manzanar Committee He writes from Los Angeles, California.

The PDF version of Concentration Camps, Not Relocation Centers, is available for download here (requires Adobe Reader software to view/print.

LEAD PHOTO: The California State Historical Landmark plaque at Manzanar National Historic Site was a source of controversy about its terminology, specifically, the use of “concentration camp” to describe Manzanar. The paper by Sue Kunitomi Embrey was written, in large part, because of that controversy. Photo: Gann Matsuda/Manzanar Committee.