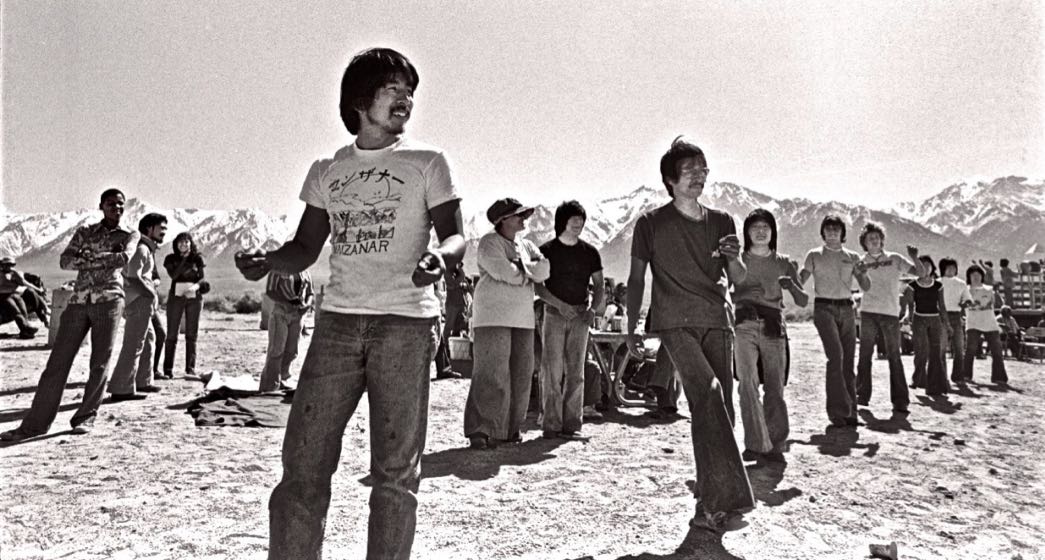 LOS ANGELES — The Los Angeles-based Manzanar Committee extends its deepest sympathies to the family of Victor H. Shibata of Los Angeles, who died on April 17 from an apparent heart attack.

Shibata, 67, was one of the founders of the Manzanar Pilgrimage, and of Yellow Brotherhood in the late Sixties, a self-help group based in Los Angeles’ Crenshaw District that helped Asian American youth get off of drugs, and stay out of gangs.

California Assemblymember Warren Furutani, a community activist at the time, former Manzanar Committee Chair Sue Kunitomi Embrey, and Shibata were part of a group of 150 who made the long trek from Los Angeles to the site of the Manzanar concentration camp, approximately 230 miles away in the Owens Valley, on December 27, 1969.

“I remember when Victor Shibata and I were going to Oceanside to be in an anti-war march,” Furutani reminisced. “The idea was to take the issue of the Vietnam War directly to the Marine base [Camp Pendleton]. We were sitting there, talking about marches. I think we had the Poor People’s March in Washington, D.C., and the farm workers had just marched to the Capitol to talk about their issues.”

“Victor and I said that we had to march somewhere, and that’s when the idea came up of marching to Manzanar,” Furutani added. “[Manzanar] was the closest, so logic said we can march to that, and, in those days, we didn’t have Google Maps, so we took out the map. [A little over 200] miles—that doesn’t sound too far, so we went.”

Like so many younger Japanese Americans, Shibata had little or no knowledge of the camp experience.

“I thought the camps were this big summer camp everybody went to,” Shibata told the Los Angeles Times in 1989.

But in 1969, he was one of those who stumbled upon a white obelisk in the desert, which turned out to be the Manzanar cemetery monument.

“It was stark, it was weather-beaten, but it was still white, and it was interesting, because the backdrop was, literally, [Mount Williamson], and the Sierra Nevada mountains,” said Furutani. “There was an elegance to it, a starkness. It was very dramatic during a cloudy day, which provided all the environmental drama that helped fill in all the spaces relative to the limited knowledge we had.”

“We started walking around, and it was like discovering a shallow grave, where the elements had blown the top layer off, and then the grave was exposed, and you could see a whole history,” he added. “We didn’t understand it, because we didn’t have the information. The only book out at the time, was called America’s Concentration Camps by Allan R. Bosworth. Of course, we didn’t have any movies, or any of the things we have now relative to the experience.”

The annual Manzanar Pilgrimage is held on the last Saturday of April, when the weather is usually warm. But Shibata, and the rest of those who attended the 1969 Pilgrimage, were not so lucky.

“In December, it was cold,” Shibata told i102fly.blogspot.com. “We weren’t thinking about that, but it was actually good that we did it in the bad weather. You really [saw] what they went through.”

Shibata was primarily responsible for the important choice of the term, “pilgrimage.”

“He helped to start the pilgrimages to Manzanar and, in fact, coined the word ‘pilgrimage,’” said Kathy Masaoka of the Nikkei for Civil Rights and Redress (NCRR). “He was very active with youth for his whole life and, was very generous with his skills as a healer. We appreciated his contribution to the NCRR delegation to Cuba in 2001. Victor will be missed.”

“He was at the first pilgrimage, participated in the 50-500 run [50th anniversary of the incarceration of Japanese Americans], and he still camped out every year and attended the pilgrimage,” said educator Jenny Chomori, a long-time supporter of the Manzanar Pilgrimage and the Manzanar Committee. “At the last Pilgrimage, Victor and I reminisced how we used to end the Pilgrimage with a big bonfire as we danced tanko bushi around it, and how great it would be to be able to do it again, [even though we knew] that it would be impossible.”

Manzanar Committee Co-Chair Bruce Embrey bemoaned the loss of such a principled community activist and leader.

“We mourn the loss of one of the original founders of the Manzanar Pilgrimage,” said Embrey. “Victor is credited with calling the 1969 trip a ‘pilgrimage.’ Prescient to say the least.”

“It is on the shoulders of people like Victor that many of us stand today. With his passing, we should redouble our efforts to remember why people like him gave so much and tried so hard to change the world.”

7 thoughts on “Manzanar Committee Statement On The Passing Of Victor H. Shibata, One Of The Founders of the Manzanar Pilgrimage”