The following is a tribute to Yamamoto by Alisa Lynch, Chief of Interpretation, Manzanar National Historic Site, a portion of which was read as part of the program.

Video of the event, and a handful of photographs from the event can be viewed below.

According to a War Relocation Authority roster, on May 17, 1942, a boy tagged with family number 24119 arrived in the searing hot desert of Arizona. Just two days before his fourth birthday, President Franklin D. Roosevelt had signed Executive Order 9066, ultimately allowing the U.S. Army to round up and confine 120,313 Japanese Americans based solely on their ancestry. The boy was like two-thirds of all of the people in the camps: a child and an American Citizen.

His family’s “pre-evacuation city” was listed as Westminster, California. His parents, Tokuichi and Kotoyo Yamamoto, crowded with their six children into Poston Camp 1, Block 28, Building 8, Apartments C and D. They still must have found some privacy because two more children were born in Poston. Then, just a few months shy of Tak’s eighth birthday, each member of the family received $25.00, and a one-way ticket courtesy of the U.S. Government. They left for Los Angeles on October 29, 1945.

The three camps at Poston were also known as Roastin, Toastin, and Dustin, all words that also describe Manzanar. The Poston barracks were identical to Manzanar’s, except that Poston’s had double roofs because the place was hotter than Hell. Surely, the similarities were not lost on Tak years later. He once said, “I don’t care if you went to Arkansas or Tule Lake, the experience is very similar.”

I will leave it to those who knew him best to connect the impact the camp experience had on the man he became.

Tak spoke in several interviews about how he met Sue Kunitomi Embrey at Cal State LA in the late 1970’s, and was drawn by her energy and passion. He became her right hand man. His work in Civil Rights, of course, went far beyond Manzanar. The fact that the first modern Manzanar Pilgrimage was organized just six months after the Stonewall riots in New York in 1969 is a great reminder that Civil Rights fights don’t take place in neat, sequential chapters, but as part of a tumultuous, ongoing human struggle for justice, dignity, and freedom.

No doubt Tak would have been gratified to hear President Obama mention Stonewall in his inaugural address last Monday (January 21, 2013). Tak already knew that the Manzanar Pilgrimage is continuing and growing. Each year, the Manzanar Committee and the National Park Service staff spend weeks preparing to do what Sue and Tak did on their own for decades. As we remember Sue and Tak with gratitude, we also recognize Karl Fish. For all the years that Tak was by Sue’s side, Karl was at Tak’s side.

Nelson Mandela once said, “What counts in life is not the mere fact that we have lived. It is what difference we have made to the lives of others that will determine the significance of the life we lead.” Tak was a quiet warrior at Manzanar, unless, of course, someone wasn’t stacking chairs quickly or correctly after the Pilgrimage. But that little boy who arrived in Poston in 1942 has touched hundreds of thousands of lives at Manzanar and beyond. His dedication made Manzanar’s preservation possible. People who never met Tak will be contemplating civil rights and human rights at Manzanar far beyond his lifetime…and ours.

On behalf of the staff of Manzanar National Historic Site, we extend condolences and gratitude to Karl, to the Manzanar Committee, and to all of Tak’s family and friends.

The views expressd in this story are those of the author, and are not necessarily those of the Manzanar Committee.

NOTE: Due to adverse lighting conditions (overly bright spotlights resulted in washed out subjects), the majority of the photographs taken at this event were unusuable. But here are the few that are viewable. Our apologies for the lack of quality photographs from this event. Click on any thumbnail to view a larger image, and to click through the gallery. 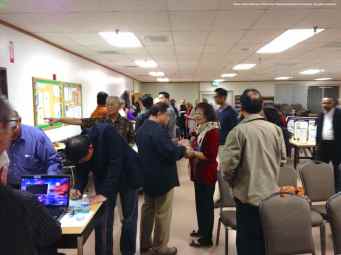 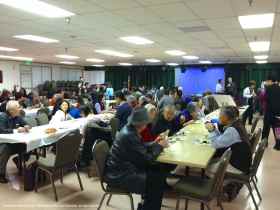 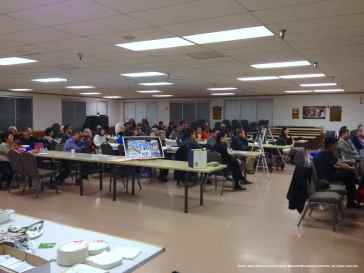 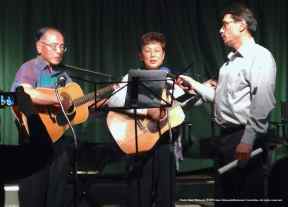 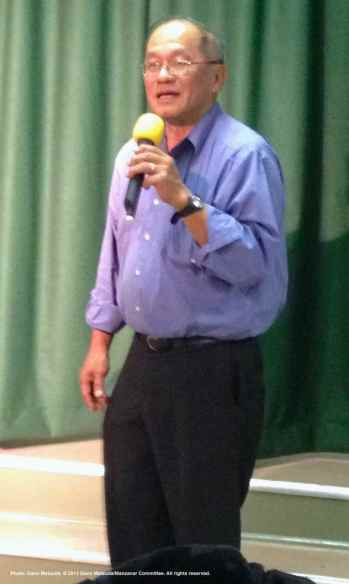