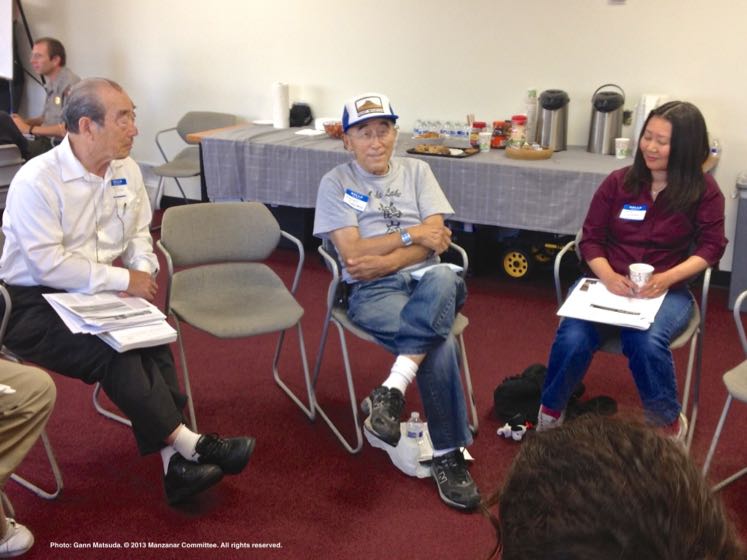 LOS ANGELES — For the past five weeks, and continuing through September 19, 2013, National Park Service (NPS) staff have been and will be traveling up and down the West Coast, meeting with former Tule Lake incarcerees and others, collecting their feedback on how the Tule Lake Unit of the World War II Valor In The Pacific National Monument should be developed and managed.

NPS staff began right around the site of the Tule Lake Segregation Center, with meetings in the towns of Tulelake and Klamath Falls, California, followed by meetings in Portland and Hood River, Oregon, and Auburn and Seattle, Washington.

Most recently, NPS staff was in the Los Angeles area, holding two meetings in Little Tokyo on July 24 and 27, with meetings in Carson on July 25, and in San Diego on July 26, in between.

“What we’re trying to do, being that Tule Lake is newly-established, we really want to get input from folks who want to help guide us, or give us advice on what Tule Lake, as a National Park Service unit, should look like,” said Mike Reynolds, Superintendent, Tule Lake Unit of the World War II Valor In The Pacific and Lava Beds National Monuments, following the July 24 meeting in Los Angeles’ Little Tokyo. “I thought tonight was a great meeting, because we got a lot of a good input.”

The meeting was, in NPS lingo, a “scoping session,” in which feedback from the public was collected for use in creating a General Management Plan (GMP).

Tamura noted that Tule Lake’s unique history is an added challenge in the process of creating the GMP.

“Tule Lake’s history is based upon divisiveness imposed by the government, segregating people it deemed loyal and disloyal, and the effects of that segregation are still felt today,” Tamura stressed. “A lot of people still have hard feelings, and for many people, they don’t want to talk about it. They simply don’t feel comfortable.”

“We recognize that the people who are coming to our meetings are a small percentage of people who were affected by Tule Lake, so we understand the sensitivity of the situation,” Tamura added. “But we are making this effort so that we can gather people’s ideas and concerns to develop a plan.”

“We do have a short term plan, based on meetings we had last summer,” Tamura explained. “It addresses things we’re going to do in the short term, like collecting oral histories, stabilizing the buildings so they don’t fall down, and doing limited interpretation. But we don’t have a twenty-year, long term plan. That’s the reason we’re going through this planning process, to develop that long term vision.”

“I did the planning for Minidoka,” said Tamura. “We did that over the course of about three years, and we held about fifty public meetings. It was through those meetings we heard so many ideas about what should occur at Minidoka, and many of those were written into the plan. We’re hoping that will be the same situation here.”

“At Manzanar, the perimeter fence, the guard tower, the visitor’s center, the [auto tour] road—all those things were components of their plan,” added Tamura. “We heard those ideas from the public, and we put them in the plan. The same thing is going to happen for Tule Lake. Now is our opportunity to figure out, ‘what do we do with these historic buildings, with this landscape? What stories will be told?’”

In other words, these scoping sessions are the public’s first chance to ensure that the NPS gets it right at Tule Lake.

“The product will be called a General Management Plan,” Tamura explained. “We develop them for every unit of the National Park Service. This is a long term visioning plan of how we’re going to manage the resources—the historic buildings, the landscape, any archeological features, the wildlife that’s out at Castle Rock, the vegetation—all of those different resources. It will also address what stories are told. What themes are the National Park Service going to be interpreting for the public about Tule Lake?”

“It will also address [issues] like development,” Tamura elaborated. “Are we going to put in trails? Where will people park in the future? What types of visitor facilities could there be, or will it be more of a digital experience? That’s come up in some of our public meetings. We’ll also be addressing staffing. How many staff, ideally, do we want to have on site, protecting Tule Lake?”

“At the end of this process, we’ll have a document that will lay out every single project, every component of the plan.”

Tamura emphasized that the community’s role in the GMP process does not end with these meetings.

“Right now, we’re in scoping, where we listen to your ideas,” she said. “After we do this series of meetings, we’ll take all the comments, and use them to develop what we call alternatives. We’ll come up with alternatives for how Tule Lake could be managed.”

“We’ll identify which of those alternatives is the best way, and we’ll write that up into a draft plan, and then, we’ll come back out to [the public] for another round, similar to what we’re doing now, of public meetings where we’ll show you our draft plan,” she added. “Do you agree with it? Do you disagree with it, and why should it be changed?”

After that final round of feedback, the final GMP will be written.

“We’ll go through that process of presenting it to you, and getting feedback, and we always modify [draft plans],” Tamura noted. “Then, we’ll have a final plan. Once we have a final plan, then we essentially hand it to the Superintendent to start implementing the plan, project by project.”

At the scoping sessions, NPS staff breaks the audience into small groups for focused discussions. But even with the same format, each meeting has a different dynamic.

“Every single meeting is a little bit different,” said Reynolds. “The first two meetings were in the towns of Tulelake and Klamath Falls, which had a higher percentage of local residents who had an outside-the-fence perspective of what their relatives experienced during World War II, as well as positive support for developing the site, and telling the story.”

“Then we were in Portland and Hood River, Oregon,” added Reynolds. “Hood River—that was a really cool meeting. The Japanese American community there were farmers, and their perspective, as rural farmers, was very different from those who came from Los Angeles, a more boisterous, vocal crowd. Of course, we’re not hearing from everybody, so that’s a generalization.”

“In Seattle, one of the meetings was associated with the Japanese American National Museum’s annual conference, so that brought in a larger, and much more diverse crowd. So each meeting has been a little different.”

Despite the different dynamic in each meeting, there are common themes.

“There are certainly themes,” said Tamura. “People are very concerned about what stories are going to be told, because Tule Lake’s history is so contested and complex, and people who were there were traumatized. There’s also a lot of misperceptions about what occurred at Tule Lake, so they want to make sure that when the history of Tule Lake is told by the National Park Service that it’s accurate, honest, and tells the full story.”

“In terms of what people want to see on site, they often talk about showing barracks, how people lived at Tule Lake, the importance of the jail, and making sure that’s a part of every person’s visit to Tule Lake,” added Tamura. “They [also] focus on Castle Rock, and how that’s such an important landscape feature.”

“I think it’s positive that the National Park Service is making this effort to talk to people, to encourage them to share their feelings and stories, especially about Tule Lake, because it’s been so stigmatized within our community for so many years,” he said. “Finally, people at these meetings are getting a chance to tell their stories, to reveal their feelings of what they went through, or what their families went through.”

“I think it’s valuable, especially that they’re going around to different areas that have a high concentration of people who were at Tule Lake,” he added. “Sacramento, the [San Francisco] Bay Area, down here in Los Angeles, Seattle. They know all the key areas to go to. That’s the only way you’re going to get stories, and they’ve got to get it fast, because these people are dying.”

Tamura emphasized that NPS staff is collecting a great deal of useful feedback and information from these meetings.

“I think [the series of meetings is] going exceptionally well,” she said. “We’re hearing stories that I’ve never heard before. People are opening up about their experiences and sharing.”

“This series of meetings is really a landmark in the history of Tule Lake, where we’re opening up this national dialogue, engaging the public on what should happen at Tule Lake,” she added.

The NPS recognizes that not everyone can make it to these meetings, and also that many are not comfortable speaking in public. As such, they stressed that written comments are welcomed and encouraged.

“We’ll be receiving comments until mid-October, and there’s a ton of ways to do that, so I would definitely encourage people to come to one of the public meetings, but if they can’t, hit us up on Facebook, or our web page, where you can get my contact information (comments via e-mail are also encouraged), and a newsletter that will provide a lot more background information,” Reynolds urged.

“It’s well known that Tule Lake is a very touchy subject for a lot of people, and they’re not necessarily comfortable with coming to a meeting full of government people, and talking in public about their experiences, or their family’s experiences in Tule Lake, and that’s OK,” Reynolds added. “Writing it down and sending it in [is also encouraged]. All comments are considered equally. We’re just looking for ideas on how to develop the site and make it available to the American people.”

Additional background information on the planning for the Tule Lake site can be found at: http://parkplanning.nps.gov/tule.

To submit written comments for the General Management Plan, send them to:

Unattributed views expressed in this story are those of the author, and are not necessarily those of the Manzanar Committee.

Photos © 2013 Gann Matsuda/Manzanar Committee. All rights reserved. Click on any photo to view a larger image, and to scroll/click through the gallery. 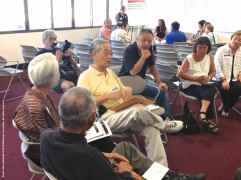 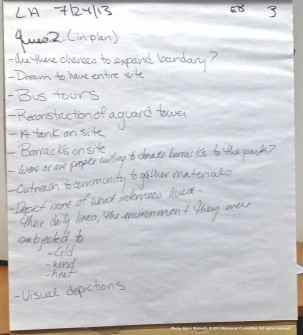 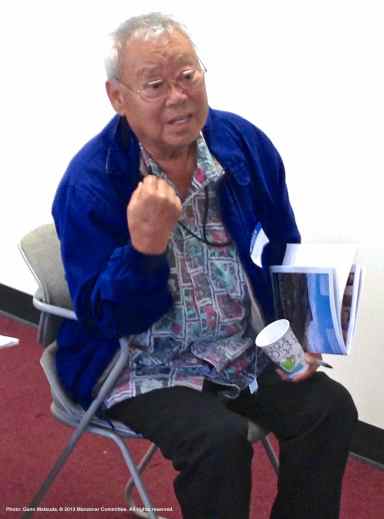 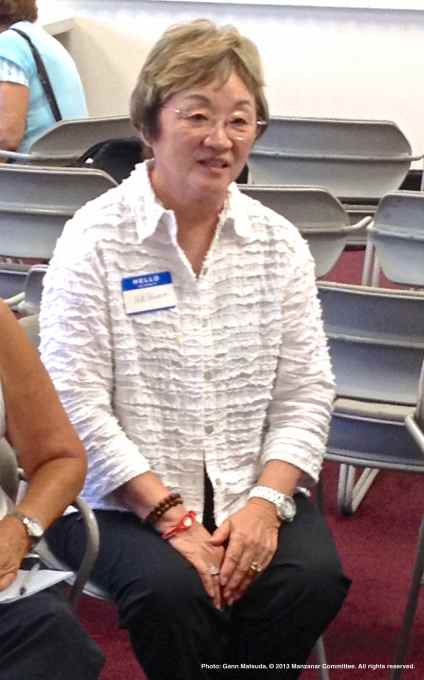 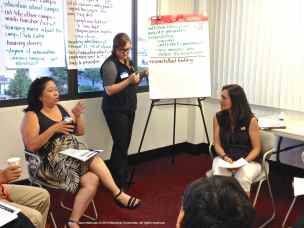 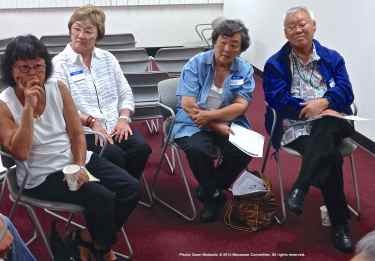