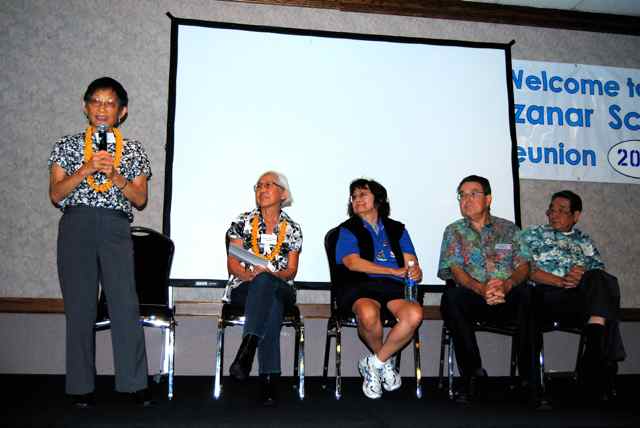 The following was written by James To, who attended the Manzanar School Reunion this week, representing the Manzanar Committee.

LAS VEGAS — At the Manzanar School Reunion, held August 11-12, 2009 at the California Hotel and Casino in Las Vegas, Nevada, I had the opportunity to talk with former Manzanar prisoners and listen to their stories.

This year, the reunion’s theme centered around the experience of those who lived in Manzanar’s Children’s Village, the only orphanage in the ten American concentration camps where Japanese Americans were incarcerated during World War II. Children’s Village housed 101 children.

The reunion also brought together many who have shared good and indifferent memories of camp and Wednesday night’s program had four former residents of Children’s Village whose stories can be found in the book, Twice Orphaned, Voices from Children’s Village of Manzanar by Catherine Irwin (published by the Center for Oral and Public History, California State University, Fullerton, October 2008). These collections of oral histories were gathered so that others can hear about their experiences.

Each shared their stories about their lives prior to being incarcerated, in camp and after camp. They also spoke of their experiences of cultural identity to life growing up in camp, to the loss of parents and family during this time and the unusual life through the eyes of these former prisoners.

As I listened to their stories, I had to think about the logic of our government to incarcerate children from the age of six months to eighteen years just because they were of Japanese ancestry. These four were a small representation of the many other experiences, but it makes you think about the impact that the war and the incarceration had on the community at this time. 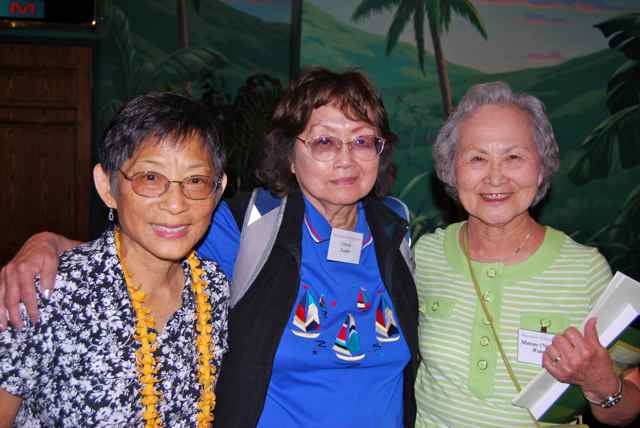 Dennis Tojo Bambauer, Annie (Shiraishi) Sakamoto, Celeste (Loi) Teodor and Wilbur Sato shared stories from the heart and poetry throughout the evening. The panel had shared earlier in the year at the Japanese American National Museum in March, 2009, but the impact and the questions that followed the evening presentations were important for the sake of preservation of history through oral interpretation. If anything, it is important for us as community members to move towards the collection and preservation of these stories to share with the next generation. 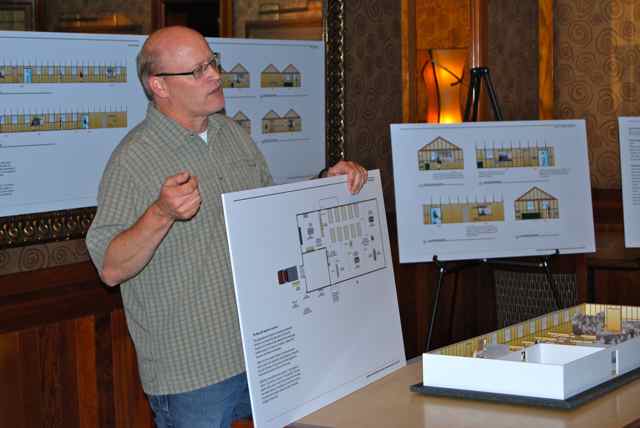 Earlier in the day, I listened to the Manzanar National Historical Site rangers and exhibit designer Krister Olmon discuss their work and plans for the Mess Hall reconstruction on block 14. A mock-up of possible design ideas include, menu items, activities that occurred in the Mess Hall and examples of dishes and utensils that were used. Other discussions also included the impact of food (or the lack of it) on life in camp as well social interaction that impacted the structure of the family.

The discussion around the mess hall renovations continued in the afternoon as the Manzanar NHS staff wanted to get feedback about the displays and the presentations in the Mess Hall. Input included, physical artifacts (dishes, mess kits, furniture, tables) to social impact on families and family structure, type of food (some remember the starchy food, while others remember eating a lot peanut butter and jelly sandwiches), sanitation (sink for washing of hands before meal time), the entrance way into the mess hall as well as access into the hall. There was also some discussion on what types of activities occurred in the mess hall outside the food consumption, such as parties and other gatherings—functionality on use by former residents was a important question. Another interesting question was about the possible existence of a still at Manzanar and the location possibly under a mess hall (not necessarily block 14).

Plans are to have the reconstruction completed in 2010, prior to the 41st Manzanar Pilgrimage on April 24, 2010.

I also met people who were working on the acknowledgement of Nisei veterans, a memorial building in Seattle and also the acknowledgement of those who were killed in action on a memorial plaque at each of the camps. There is a lot of work to be done to prepare for next year’s Manzanar Pilgrimage and the education of the next generation to become engaged in the work of social activism that has been left to us as a legacy.

LEAD PHOTO: Former residents of Manzanar’Children’s Village talk about their experiences during a panel discussion at the Manzanar High School Reunion, August 11-12, 2009, at the California Hotel and Casino in Las Vegas, Nevada. Photo: James To/Manzanar Committee.