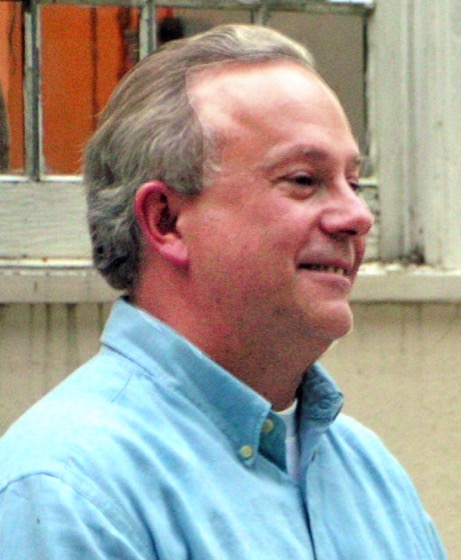 LOS ANGELES — On April 15, the Los Angeles-based Manzanar Committee announced that long-time Eastern Sierra local Bill Michael has been chosen as one of the 2010 recipients of the Sue Kunitomi Embrey Legacy “Baka Guts” Award.

The award, named after the late chair of the Manzanar Committee who was one of the founders of the annual Manzanar Pilgrimage and was the driving force behind the creation of the Manzanar National Historic Site, will be presented at the 41st Annual Manzanar Pilgrimage, scheduled for 12:00 PM PDT on Saturday, April 24, 2010, at the Manzanar National Historic Site, located on U.S. Highway 395 in California’s Owens Valley, between the towns of Lone Pine and Independence, approximately 230 miles north of Los Angeles.

The Manzanar Pilgrimage is free and is open to the public.

“Baka Guts” can best be described as having courage no matter the odds and the grit to stick with it, a term often applied to Embrey during her years of dedicated struggle to preserve Manzanar and establish it as a National Historic Site.

Michael, 53, demonstrated these qualities time and time again during his work to preserve the site and to establish the Manzanar National Historic Site, having been involved with the preservation of Manzanar and its stories for more than twenty years. Indeed, Michael has been a vocal advocate for preserving the site for many years and was often the focal point of local opposition to those efforts.

So vehement was the opposition at times that some demanded that he be fired from his job as Director of the Eastern California Museum in Independence, California, about five miles north of Manzanar. One museum visitor even attempted to strike him in anger over the museum’s Manzanar exhibit.

“There were some long-term local families who saw this as obscuring their family history,” said Michael, who is currently the County Librarian for the Mono County Public Libraries. “I remember when a group of locals, mostly an American Legion group, called a meeting. Ross Hopkins [the first Superintendent of the Manzanar National Historic Site] and I sat down with them. They demanded that we remove our exhibit on Manzanar from the Eastern California Museum. They said it doesn’t belong here, it’s wrong, and we want to you remove it and what’s more, we’re going to do everything we can to make that happen.”

“I said that we feel that this is an important part of this area’s history and our job is to tell the history,” added Michael. “So there were some interesting times.”

Not all of those times were negative.

“Some of the things that I still remember are the power of personal experiences of people who weren’t necessarily in the camps but were affected by one,” Michael reminisced. “I still remember one where I really, really learned something, where a retired local came in. He’d grown up on farms in the Fresno area. He’d never been here before, but with his visit to the site and to the museum, he learned what happened to all of his childhood friends. His experience was that one day, the families around him and his friends—the kids he played with every day and went to school with—they were just gone.”

“This was a dozen years ago, at least,” Michael added. “He was in tears recalling this and finally understanding what happened to the people around him.”

“I’ve had the experience of local people coming to the counter, they sometimes had some not very favorable comments about the camp, the experience and the effort to preserve it. This gentleman made me realize that everybody’s experience is individual and different. The power of that guy’s visit had a real long impact on me. It made me realize that this site was not just for the people who were in it, but how important it is for the fabric of American History and culture.”

Michael, who served as Vice Chair of the Manzanar National Historic Site Advisory Commission along with Embrey, Bright and Rose Ochi, along with Owens Valley locals Richard Stewart and the late Vernon Miller, among others, continues to stand up to local opposition to this day and works to continue the efforts to preserve Manzanar in his role on the Board of Directors of the Friends of Manzanar.

“Bill started the first tour program at Manzanar, hosted special exhibits at the museum, began an oral history program, and was instrumental in developing Manzanar’s General Management Plan,” said Alisa Lynch, Chief of Interpretation, Manzanar National Historic Site. “He was a key planner and advisor in developing the Interpretive Center. He also worked to create Manzanar History Association in partnership with the Friends of the Eastern California Museum to run the bookstore at Manzanar and to support the site’s educational efforts.”

“Bill Michael stood with the efforts to memorialize Manzanar from the earliest days,” said Manzanar Committee Co-Chair Bruce Embrey. “His love of preserving history and for being able to share with future generations the rich and tumultuous history of the Owens Valley made him an early advocate for the Manzanar National Historic Site.”

“His determination and steadfast support, despite all types of threats and opposition, is an example we hope many will emulate,” added Embrey. The Manzanar Committee is proud to count Bill as one of our longest supporters.”

For more information, including bus transportation to the Pilgrimage and the popular Manzanar At Dusk program scheduled for 5:00 PM that same evening, check out the Manzanar Committee’s official web site at https://manzanarcommittee.org or call (323) 662-5102.