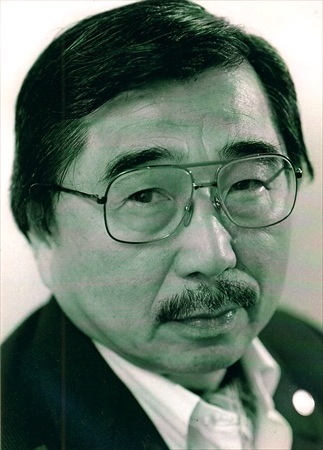 LOS ANGELES — The Los Angeles-based Manzanar Committee extends its deepest sympathies to the family of Gordon Kiyoshi Hirabayashi, 93, a hero in the Japanese American community, who died on January 2, 2012, in Edmonton, Alberta, Canada.

A native of Auburn, Washington (just northeast of Tacoma), Hirabayashi defied Executive Order 9066, the United States Government’s decree on February 19, 1942, that resulted in the mass roundup and incarceration of over 120,000 Americans of Japanese ancestry in American concentration camps during World War II.

Indeed, Hirabayashi, along with Fred Korematsu and Minoru Yasui, chose to defy the government’s orders, and filed a lawsuit that challenged the constitutionality of the incarceration. The case eventually made it to the United States Supreme Court.

Hirabayashi’s former wife, Esther, also passed away on January 2, at the age of 87. Their son, Jay, announced the passing of his parents on Facebook.

“My Dad, Gordon K. Hirabayashi, who was ninety-three, passed away early this morning,” he wrote. “He was an American hero, besides being a great father, who taught me about the values of honesty, integrity, and justice. My Mother, Esther Hirabayashi, who was eighty-seven, also passed away this morning, about ten hours later. She was a beautiful, intelligent, generous soul. Although my parents were divorced, they somehow chose to leave us on the same day. I am missing them a lot right now.”

Gordon Hirabayashi was a senior at the University of Washington when the curfew order came in March 1942.

“After the curfew order was announced, we knew there would be further orders to remove all persons of Japanese ancestry from the West Coast,” Hirabayashi wrote. “When the exclusion orders specifying the deadline for forced removal from various districts of Seattle were posted on telephone poles, I was confronted with a dilemma: Do I stay out of trouble and succumb to the status of second-class citizen, or do I continue to live like other Americans and thus disobey the law?”1

“When the curfew was imposed, I obeyed for about a week, Hirabayashi added. “We had about twelve living in the [YMCA] dormitory, so it was a small group, and they all became my volunteer timekeepers. ‘Hey, Gordy, it’s five minutes to eight,’ and I’d have to dash back from the library or from the coffee shop. One of those times, I stopped and I thought, ‘Why the hell am I running back? Am I an American? And if I am, why am I running back and nobody else is?’”2

“I think if the order said all civilians must obey the curfew, if it was just a non-essential restrictive move, I might not have objected. But I felt it was unfair, just to be referred to as a ‘non-alien’—they never referred to me as a citizen. This was so pointedly, so obviously a violation of what the Constitution stood for, what citizenship meant. So I stopped and turned around and went back.”3

Originally, Hirabayashi had no intention of challenging the constitutionality of the government’s actions.

“About two weeks before my time came up, I said to myself, If I am defying the curfew, how can I accept this thing? This is much worse, the same principle but much worse in terms of uprooting and denial of our rights, and the suffering,” he wrote. “So that’s when I began to mull it over and I kicked it around with my roommate, Bill Makino, and he agreed with me. So we said, Let’s investigate this further and think about it. And we both decided we can’t go along with it. It’s an absolute denial of our rights.”4

“I had no plans to bring a test case,” he added. “Today, if I violate anything on the grounds of principle, I would spend some time thinking about the legal aspects, the court battles and so on. But at that time, I was just a student. I had read of World War I and constitutional cases, but I didn’t give it very much thought. I did anticipate that I would be apprehended, but I didn’t know very much about the legal procedures in these things. I just felt that something was going to happen to curtail my freedom.”5

Hirabayashi turned himself in to the FBI after defying the order to be removed from Seattle, and was tried and convicted in October 1942. He spent ninety days in prison.

In 1943, Hirabayashi’s case was heard by the Supreme Court, which ruled against him in a 9-0 vote.

When my case was before the Supreme Court in 1943, I fully expected that, as a citizen, the Constitution would protect me. Surprisingly, even though I lost, I did not abandon my beliefs and my values, and I never look at my case as just my own, or just as a Japanese American case. It is an American case, with principles that affect the fundamental human rights of all Americans.6

Some forty years later, during the Japanese American community’s fight for redress, Hirabayashi’s, Korematsu’s and Yasui’s cases were reopened, with attorneys filing a petition for a writ of error coram nobis in federal court, noting that the government suppressed, altered and destroyed crucial evidence during World War II that would have virtually destroyed the government’s use of “military necessity” as their justification for the incarceration.

A writ of error coram nobis allows for judicial review of a judgment based on factual errors not known to the court at the time the judgment was delivered.

Three years later, in a unanimous decision, the Ninth Circuit Court of Appeals vacated Hirabayashi conviction, citing that his attorneys had proven their allegations of governmental misconduct.

“As an American citizen, I wanted to uphold the principles of the Constitution, and the curfew and evacuation orders which singled out a group on the basis of ethnicity violated them,” Hirabayashi told the late University of California, Berkeley Professor Ronald Takaki. “It was not acceptable to be less than a full citizen in a white man’s country.”7

“With the passing of Gordon Hirabayashi, we have lost a true hero, a true champion of civil rights,” said Embrey. “Asking for nothing more than equal treatment under the law, and demanding his Constitutional rights, he made history.”

“His historic stand in defense of the Constitution, and against the incarceration of the Nikkei community, serves as an inspiration to all who cherish democracy and human rights,” added Embrey. “On behalf of the Manzanar Committee, I want to extend our deepest condolences to his family, friends and loved ones. He will be sorely missed.”

Hirabayashi, who earned a master’s degree in sociology from the University of Washington after the war, was Professor Emeritus at the University of Alberta in Edmonton. He is survived by his wife, Susan Carnahan, daughters Marion Oldenburg and Sharon Yuen, and his son, Jay (all children were from his marriage to Esther Hirabayashi); a sister, Esther Furugori, a brother, Professor James Hirabayashi of San Jose State University, nine grandchildren; and nine great-grandchildren.

A memorial service for Gordon Hirabayashi is scheduled for Friday, January 6, in Edmonton.