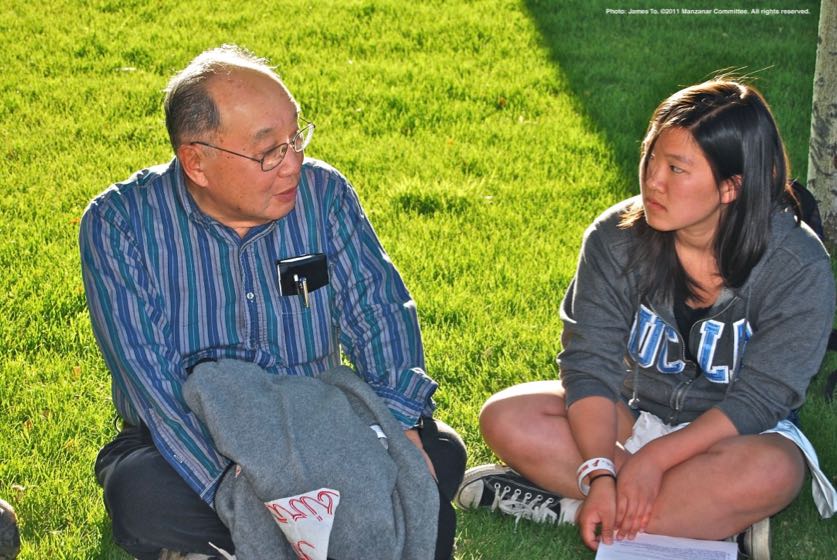 Editor’s Note: On December 9, 2011, the New York Times published a review of the new museum at the Heart Mountain National Historic Landmark, which opened on August 20, 2011. But it was clear that the author failed to do thorough research. In fact, he was careless, sloppy, and as a journalist, his work was shoddy, at best. As a result, the story ended up perpetuating the falsehoods that many continue to believe about the Japanese American Incarceration experience, giving the reader the idea that the incarceration was somewhat justified.

Many in the Japanese American community were outraged, including Manzanar Committee member Kanji Sahara, a Nisei (second generation American of Japanese ancestry), who was incarcerated at the concentration camp in Jerome, Arkansas during World War II. Sahara submitted the following as a Letter to the Editor, and has given his permission for us to publish it here as well.

Edward Rothstein’s “The How of an Internment, But Not All The Whys” (Art & Design, December 9, 2011) reviews the new Heart Mountain museum and propagates incorrect facts regarding the World War II incarceration of Japanese Americans.

After World War II started, the FBI arrested and detained a few thousand German, Italian and Japanese aliens. These were “monitored aliens” that the FBI tracked before World War I and considered dangerous. However, the 120,000 Nikkei (Japanese emigrants and their descendants) put in camps were not treated as individuals but members of an ethnic group. There is a distinction between arresting monitored aliens and mass incarceration of an ethnic group.

Rothstein repeats several myths regarding “suspicious acts” by Nikkei which led to call for their removal. There is not a single documented act of espionage, sabotage or fifth column activity by Nikkei on the West Coast. FBI Director Hoover stated mass removal was not necessary. In 1983, the Congressional Committee said Evacuation was due to race prejudice, war hysteria and failure of political leadership.

Rothstein states Internment had large loopholes. This is because only the Nikkei in the West Coast states were put in camps. Thus Colorado’s Amache Camp housed California Nikkei, while those Nikkei living in Denver were free.

Rothstein states “…its newspaper editors working in Cody.” This is because every Saturday, the Cody Enterprise printed the Heart Mountain Sentinel.

Targeting of Muslim Americans has occurred since 9/11. The best antidote is to know the truth concerning the incarceration of Japanese Americans during World War II.