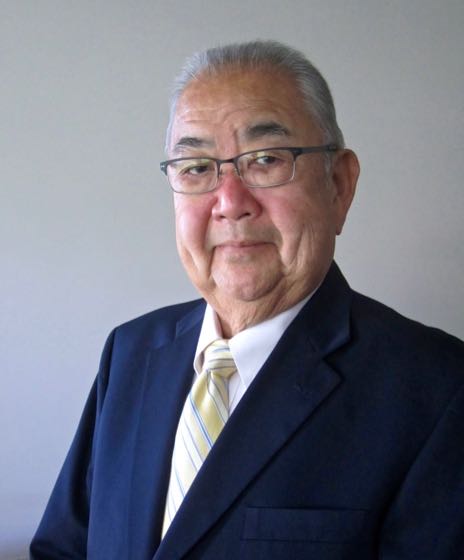 PILGRIMAGE: Bus transportation from Downtown Los Angeles and Gardena will be available.

LOS ANGELES — Former California State Assemblyman and long-time community activist Warren Furutani will be a featured speaker at the 48th Annual Manzanar Pilgrimage, sponsored by the Manzanar Committee, on Saturday, April 29, 2017, at the Manzanar National Historic Site, located on U.S. Highway 395 in California’s Owens Valley, between the towns of Lone Pine and Independence, approximately 230 miles north of Los Angeles (see map below).

Each year, over 1,000 people from diverse backgrounds, including students, teachers, community members, clergy and former incarcerees attend the Pilgrimage, which commemorates the unjust incarceration of over 110,000 Americans of Japanese ancestry in ten American concentration camps, and other confinement sites, located in the most desolate, isolated regions of the United States, during World War II. Manzanar was the first of the American concentration camps to be established.

Cultural performances will begin at 11:30 AM PDT, with the main portion of the program starting at noon.

The theme for this year’s Pilgrimage is Never Again, To Anyone, Anywhere! 75th Commemoration of Executive Order 9066.

Furutani, 69, was already a grass-roots community activist and civil rights advocate when he became one of about 150 people who made the first organized Pilgrimage to Manzanar on December 27, 1969. Since then, he has dedicated his life to equal opportunity and social justice, focusing his efforts in the areas of education and public service.

In the mid-1970s, Furutani worked with gang members as a counselor at Central Continuation High School in Downtown Los Angeles. In the mid-1980s, he worked at the UCLA Asian American Studies Center, where he served as a mentor to students and the leadership of UCLA’s Asian American/Pacific Islander student organizations, encouraging them to get involved in their communities.

In 2007, Furutani was elected to the California State Assembly, representing the 55th District. He served as Chair of the Assembly Public Employees Retirement System and Social Security Committee, and as Chair of the Select Committee on Career Technical Education and Workforce Development.

Furutani, who was born in San Pedro, California, and raised in nearby Gardena, authored Assembly Bill 37, which granted honorary college degrees to Japanese Americans whose education was disrupted due to their unjust incarceration during World War II. Thousands of Japanese Americans have received honorary degrees from college campuses throughout California as a result.

“With the increasingly tense political climate in our country, the escalation of xenophobia and anti-immigrant hysteria, we are pleased to have Warren Furutani speak at this year’s Pilgrimage,” said Manzanar Committee Co-Chair Bruce Embrey. “Warren was one of most consistent and important figures in the decades-long fight for redress and reparations and as one of the original organizers of the Manzanar Pilgrimage back in 1969, Warren can draw upon a broad historical perspective to explain what is happening today.”

“Given how the current administration and their right wing allies are attempting to justify the racist and anti-immigrant executive orders by citing Executive Order 9066, and on the 25th anniversary of the establishment of the Manzanar National Historic Site, we believe that it is essential to have someone with Warren’s history and political perspective speak at this year’s Pilgrimage,” added Embrey.

In addition to the afternoon event, the Manzanar At Dusk program follows that same evening, from 5:00 PM to 8:00 PM, at Lone Pine High School, located at 538 South Main Street (U.S. Highway 395), in Lone Pine, nine miles south of the Manzanar National Historic Site, across the street from McDonald’s (see map below).

Through a creative presentation, small group discussions and an open mic session, Manzanar At Dusk participants will have the opportunity to learn about the experiences of those incarcerated in the camps. Participants will also be able to interact with former incarcerees in attendance to hear their personal stories, to share their own experiences, and discuss the relevance of the concentration camp experience to present-day events and issues.

The Manzanar Committee has also announced that bus transportation to the Pilgrimage will be available from Los Angeles’ Little Tokyo and Gardena.

The Little Tokyo bus, sponsored by the Manzanar Committee, will depart at 7:00 AM, arriving at the Pilgrimage at approximately 11:30 AM, and will also take participants to the Visitor’s Center at the Manzanar National Historic Site following the afternoon program. The bus should arrive back in Los Angeles at approximately 8:30 PM.

Reservations for the Little Tokyo bus will be accepted on a first-come, first-served basis. The non-refundable fare is $40.00 per seat, $20.00 for students and seniors (65 or older). Complimentary fares are available for those who were incarcerated at any of the former American concentration camps or other confinement sites during World War II.

Anyone wishing to attend the Manzanar At Dusk program that evening should make other transportation arrangements.

Pilgrimage participants are advised to bring their own lunch, drinks and snacks, as there are no facilities to purchase food at the Manzanar National Historic Site (restaurants and fast food outlets are located in Lone Pine and Independence, which are nearby). Water will be provided at the site.

Both the Manzanar Pilgrimage and the Manzanar At Dusk programs are free and are open to the public. For more information, or to reserve a seat on the bus, call (323) 662-5102 or send e-mail to 48thpilgrimage@manzanarcommittee.org.

The Manzanar Committee is dedicated to educating and raising public awareness about the incarceration and violation of civil rights of persons of Japanese ancestry during World War II and to the continuing struggle of all peoples when Constitutional rights are in danger. A non-profit organization that has sponsored the annual Manzanar Pilgrimage since 1969, along with other educational programs, the Manzanar Committee has also played a key role in the establishment and continued development of the Manzanar National Historic Site. For more information, check out our web site at https://manzanarcommittee.org, call us at (323) 662-5102, and e-mail us at info@manzanarcommittee.org. You can also follow the Manzanar Commitee on Facebook, on Twitter at @manzanarcomm, on Instagram at @manzanarcommittee, on Pinterest and on YouTube.